This sweet and tangy slaw made with bok choy is a fun twist on a summer classic, and a great way to use up your garden bounty.

It's another Wednesday, AND time for this month's recipe redux!

Here's what we have in store.

Fresh from the Garden

The season of bountiful produce has arrived. Whether your produce comes from the Farmers Market, a CSA share, or a plot of dirt out back, show how you are using fresh July fruits or veggies. And if you have gardening successes – or failures – please share!

Because of the fact that I can barely keep basil alive, I don't trust my gray thumb to provide me with anything actually edible. I would be living off of withered leaves and fruit flies if I actually had to grow my own food.

There's a thing call "experts" for a reason. And botany is not my major of study.

Being in New England, our growing season leans towards the end of the summer for a lot of produce, but one thing that is a plenty right meow is 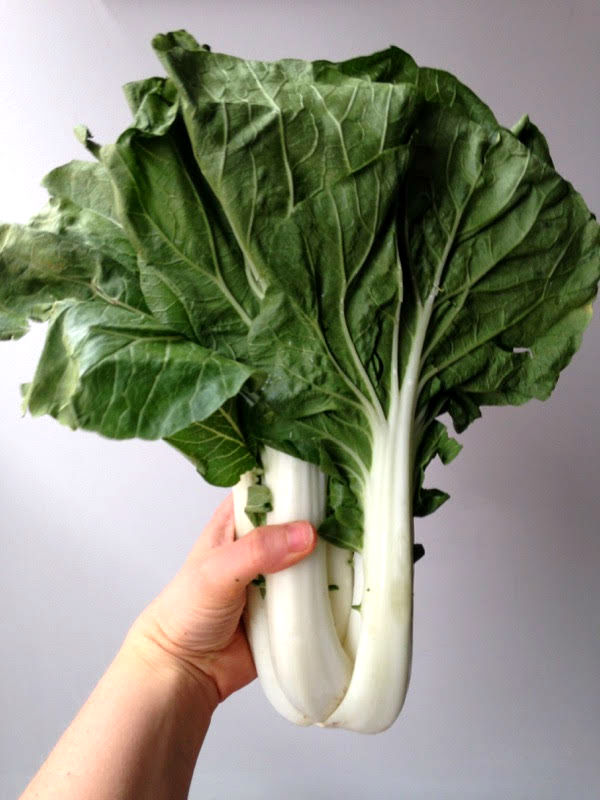 If you recall my goals for July one of the things was to try a new fruit or vegetable each month.

While I've had my fair share of kale, collards, spinach, even mustard greens, one vert I've been shying away from is Bok Choy. 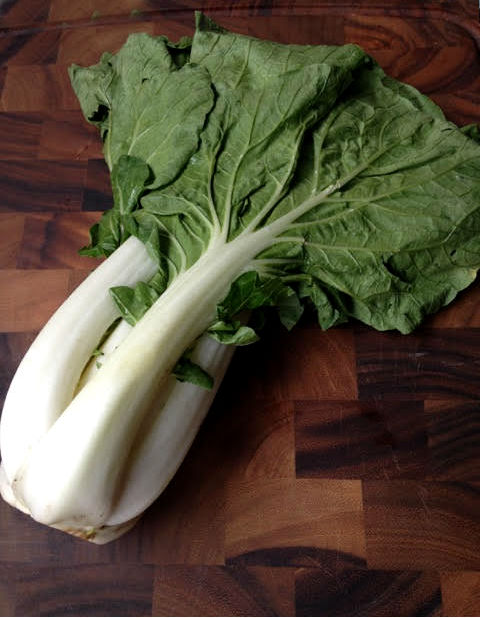 Frankly, I had no idea what the heck to do with it. After seeing a row of them silently judging me at the Farmer's Market, I decided it was now show them who was Queen of the Greens. 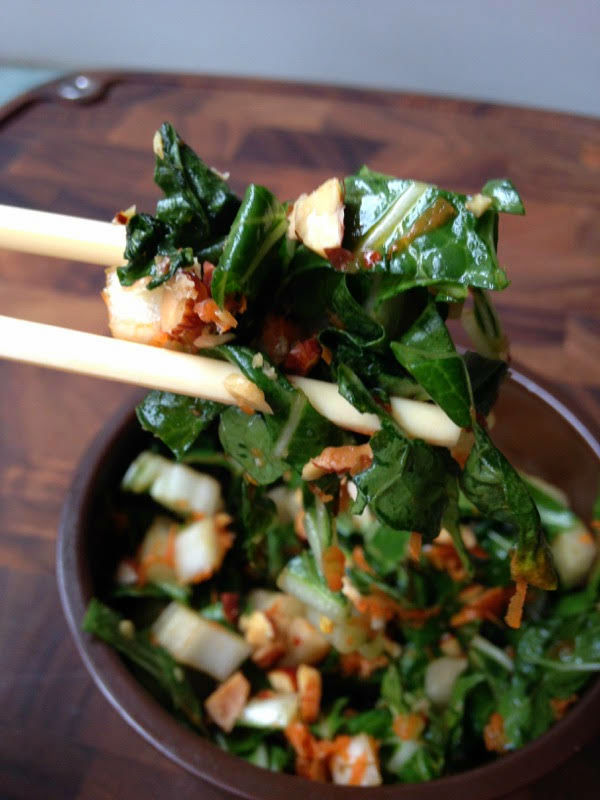 But nothing says summer to me quite like ice cream. watermelon. and some good old fashioned slaw!

Mayo and celery seed just wasn't gunna cut it for my Bok Choy debut. A little bit of heat, tang, and sweet, salt, and a little bit of crunch made this slaw seriously addicting. Like two seconds after the last shot, bowl is licked clean kinda addicting. 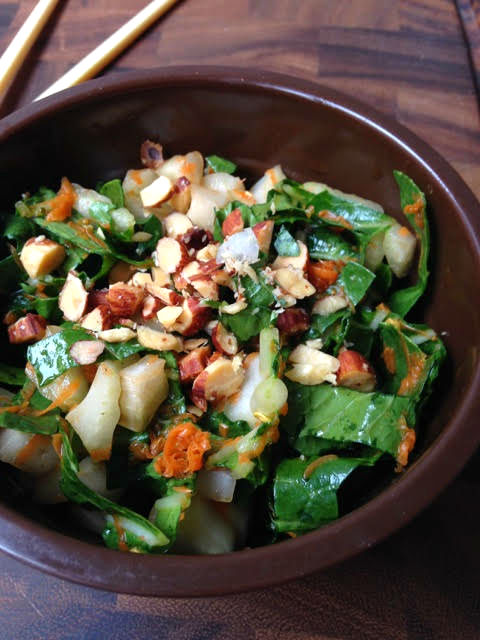 No shame. It's greens.

*soy sauce can be used instead if not strictly gluten-free.

Imma go finish the rest of this while your read on. Don't worry I'll be Bok. 😉

Now check out all the other latest and greatest garden goodies below!

And we couldn't forget the next best part about Wednesdays either!

This time, it's low FODMAP style. I have seen some major improvements in the digestive department even in the past two days of starting. Not 100% clear, but a dramatic drop from "ready to burst" to "baby bump". Here's what I've been eatin'. While I may be a pancake feen, for one reason or another I've been craving me some waffles. So I bought some frozen GF ones by Kashi to cure my ailment. And dippy eggs never ever hurt anyone. This lunch was actually the next day, but forgot to snap a pic of my tuna wrap on a brown rice tortilla. Everyone in the office was raving about my fried eggs on a salad. I could eat eggs errday if my cholesterol and digestion allowed it. I swear I'll share this recipe with you once I can create a pretty visual before eating the entire batch. 2 Chocolate Oat Protein Balls went down the hatch. Dinner was a recycled photo of the all illusive salmon burgers. This time I added cumin and True Lemon's Lime & Cilantro seasoning, which made this guys incredibly delicious. Game = changed. Late night snack time involved an old stand-by of stovetop popcorn! I dosed it in soy sauce and nutritional yeast before coming to the realization that soy sauce was not FODMAP=friendly.

I ate it anyways without any terrible symptoms. Worth it.

I also drank a glass of Almond milk with a scoop of Nature's Food protein for some post-workout muscle synthesis fuel & some blood sugar control.

And a few episodes of Friends makes the perfect nightcap.

Thanks Jenn & friends for hosting!

Do you have a garden or CSA?

What's in season where you are?