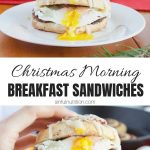 These easy Christmas Breakfast Sandwiches are the perfect recipe for starting the holiday morning with! Fluffy cinnamon rolls are filled with chicken apple sausage, fried eggs, and a drizzle of icing. 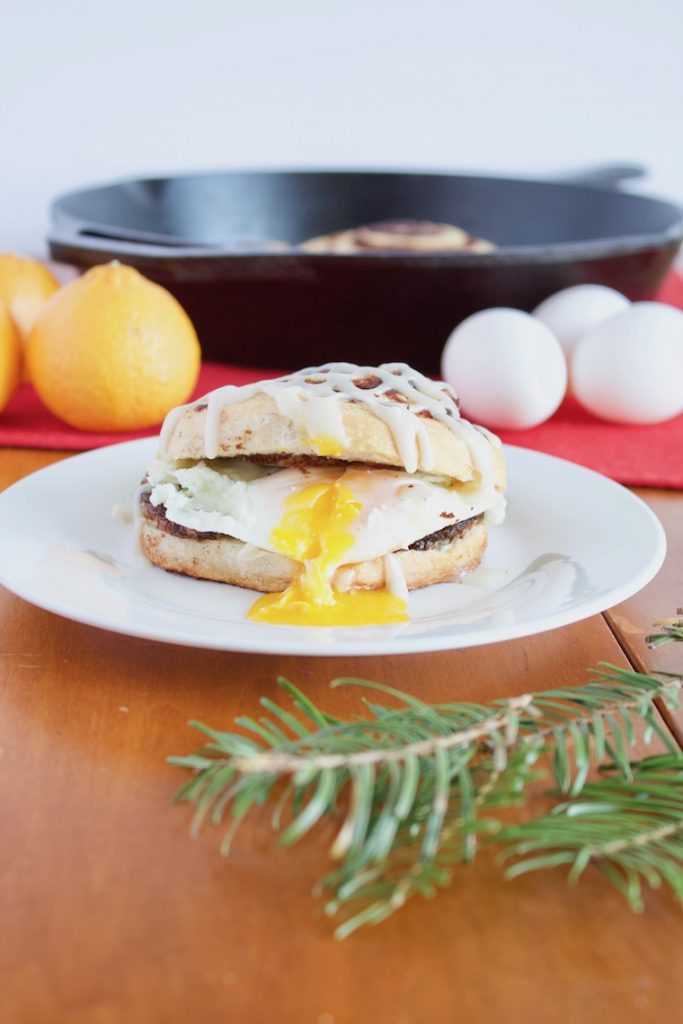 Why this recipe works:

How to Make these Christmas Breakfast Sandwiches:

Use your favorite cinnamon rolls (either packaged or homemade), and bake according to the directions. I like using the extra-large cinnamon rolls, since it is easier to fit the sausage and egg on.

While the cinnamon rolls are baking, cook frozen apple chicken sausage patties in a skillet set over medium heat for 10-12 minutes, or until heated.

In a separate non-stick skillet, heat to medium-low heat, and coat with cooking spray. Add 3 eggs at a time, cook for 2-3 minutes, flip, and cook for additional 2-3 minutes, or until cooked to your liking. Repeat for remaining amount of breakfast sandwiches.

When cinnamon rolls are cooked, let cool for 5 minutes before slicing in half, in a similar fashion to a hamburger bun, BUT don't cut all the way through. Leaving a little in tact helps the sandwiches stay together better. Top one half with sausage and fried egg, replacing with other half of cinnamon bun. Repeat for set amount of breakfast sandwiches, and drizzle each with prepared or homemade icing before serving. 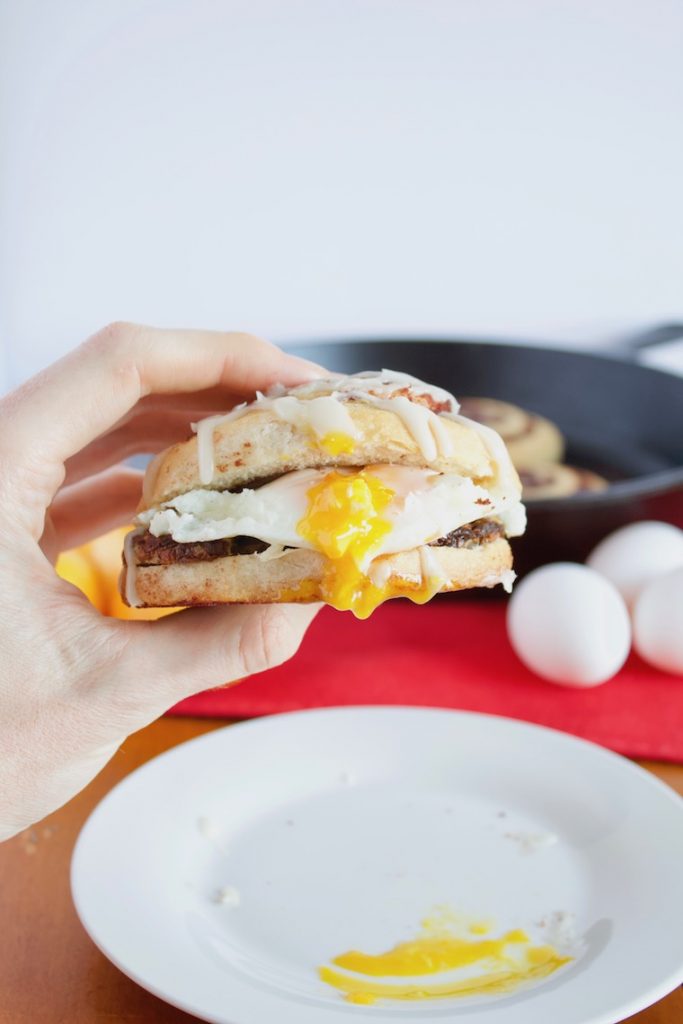 Can these be made ahead of time?

These are best made fresh, but the cinnamon buns can be made ahead of time, and simply reheated when ready to top with sausage and eggs. Some sausage can be cooked in the microwave for a faster cooking method.

What kind of cinnamon rolls do I use?

I prefer the pop & bake kind of cinnamon rolls since they are quick & easy. Opt for the extra large size to better fit all those fillings. My favorite brand is Immaculate Baking (not sponsored) since they do no use any hydrogenated oils. 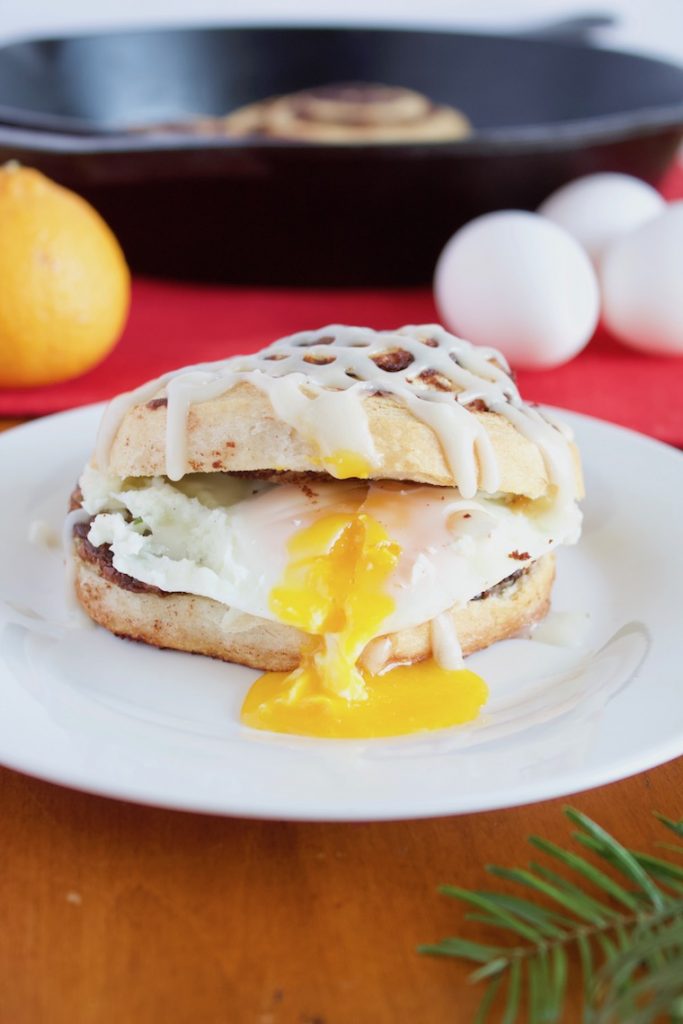 Pin this to your Christmas Recipes or Breakfast board!

These Christmas Breakfast Sandwiches are the perfect recipe for starting the holiday morning with! Fluffy cinnamon rolls filled with chicken apple sausage, fried eggs, and a drizzle of icing!

What do you usually have for holiday mornings?